Natalia Mela: In Her Hands 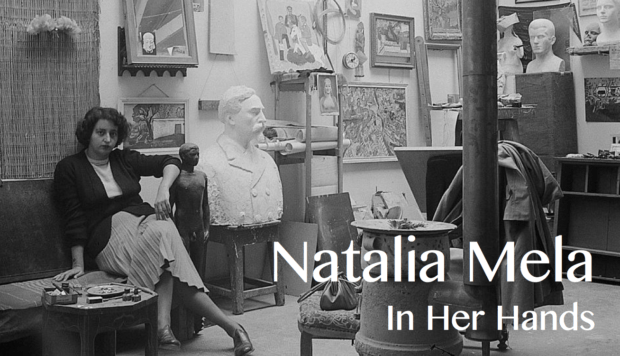 I was first taken by the work of Natalia Mela in 2003 when I was in Spetses making a documentary film about the naval heroine of the Greek War of Independence, Bouboulina.  One of the enduring images of Spetses island, and subsequently, of my film, is the towering bronze statue of Bouboulina in the town square. When I learned that female sculptor, Natalia Mela was the artist who created the statue of Bouboulina that looks out over the Spetses harbor, I knew that Mela was to be the subject of my next film. 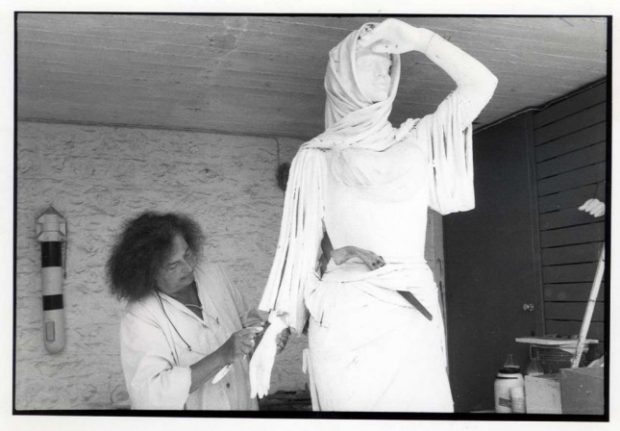 Mela at work on her statue of Bouboulina, 1985 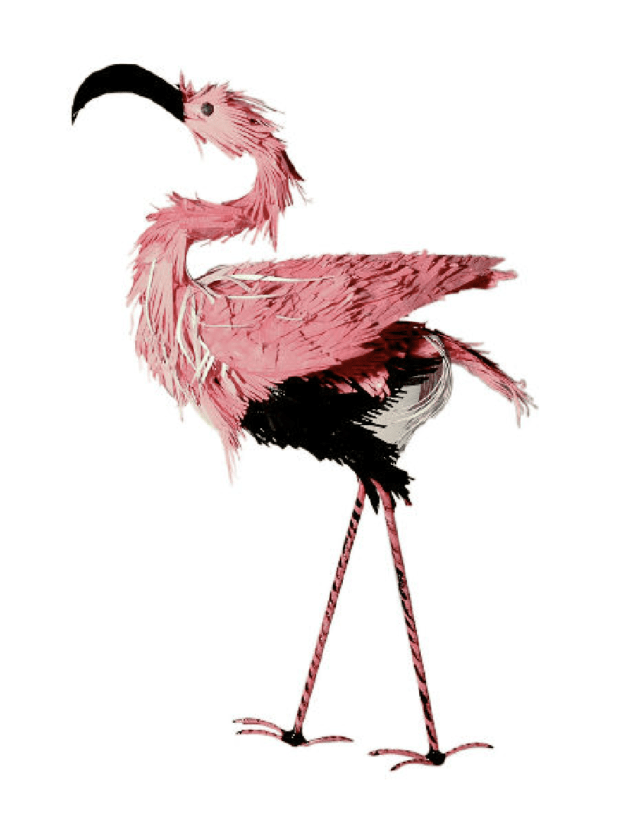 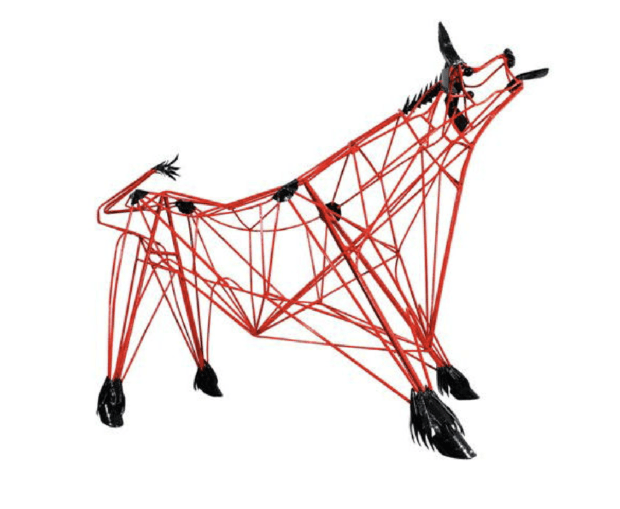 Mela was born in 1923 into a successful family in Kifissias. Her grandfather was one of the founders of the National Bank of Greece. As a youth, she joined the communist resistance group, EPON (United Panhellenic Youth Organization), and later the KKE, but left after the murder of Christos Maltezos. Before the outbreak of the war with Nazi Germany, she was a Greek national tennis champion.  She studied at the School of Fine arts, Athens, and is an internationally recognized sculptor.  In 1951 she married the architect Aris Konstantinidis (1913 – 1993), with whom she had two children, Dimitris and Alexandra.

The Two Friends, by Yannis Moralis (1946). Oil on canvas. National Gallery- Soutzos Museum. (Portrait of B. Liberaki and N. Mela) 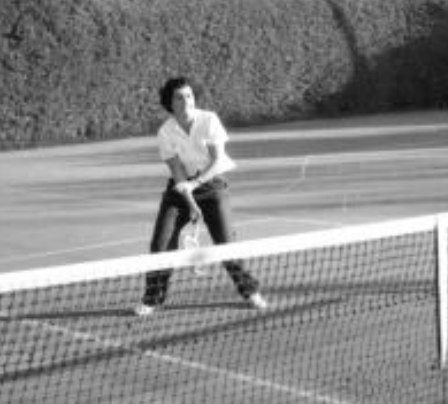 October, 27, 1940, the day before the outbreak of the war, she became Greek National Tennis Champion at the Athens Tennis Club 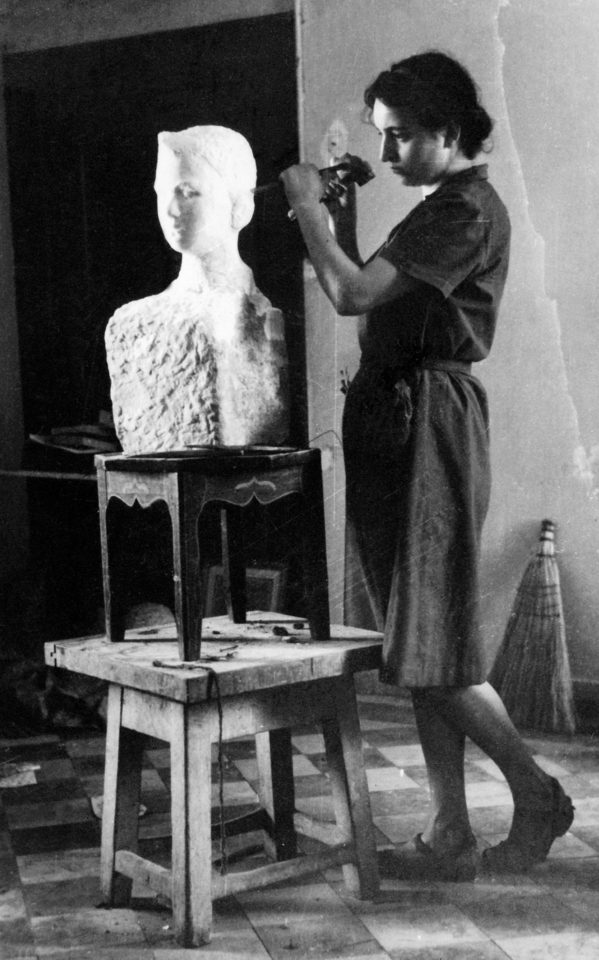 At work on a marble bust

Mela’s work has been exhibited at the Benakis museum, the Historical Museum of Crete, at Paris’ Salon de jeune, the Sao Paulo Biennial, and in Athens, Spetses, Thessaloniki, London, Bucharest, Salzburg, and Vienna. Her work also appears in public spaces such as the Zappeion Gardens, Presidential Palace Garden, Municipality of Athens Cultural Center, Mela Square, and along the old Spetses harbor.  In 2011 she was awarded the Academy of Athens Honor for Artistic Excellence. 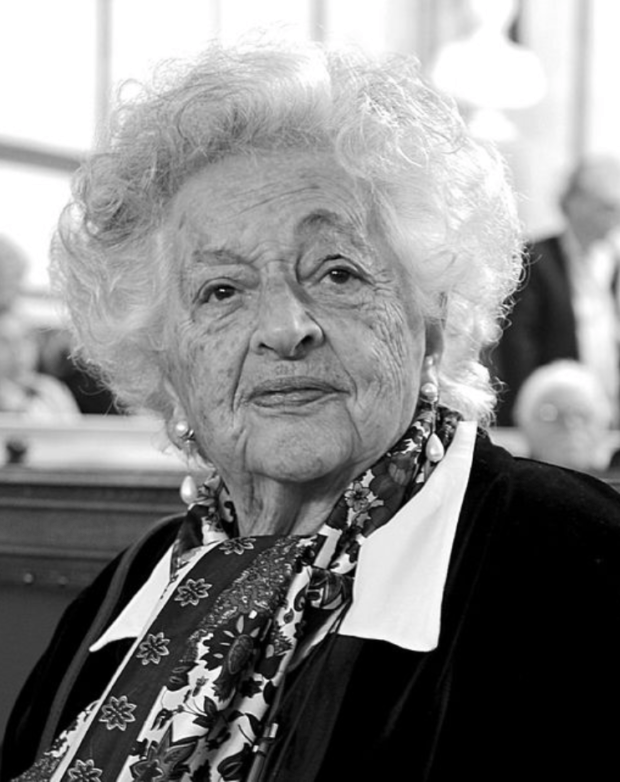 Being honored at the Athens Academy, 2011

Now 95 years old, “Nata”, as she is affectionately known, spends much of her time on the island of Spetses, where she can be seen driving around on her mobile atelier (a motorized three-wheeled vehicle that she uses as an outdoor studio), and smoking long brown cigarettes. 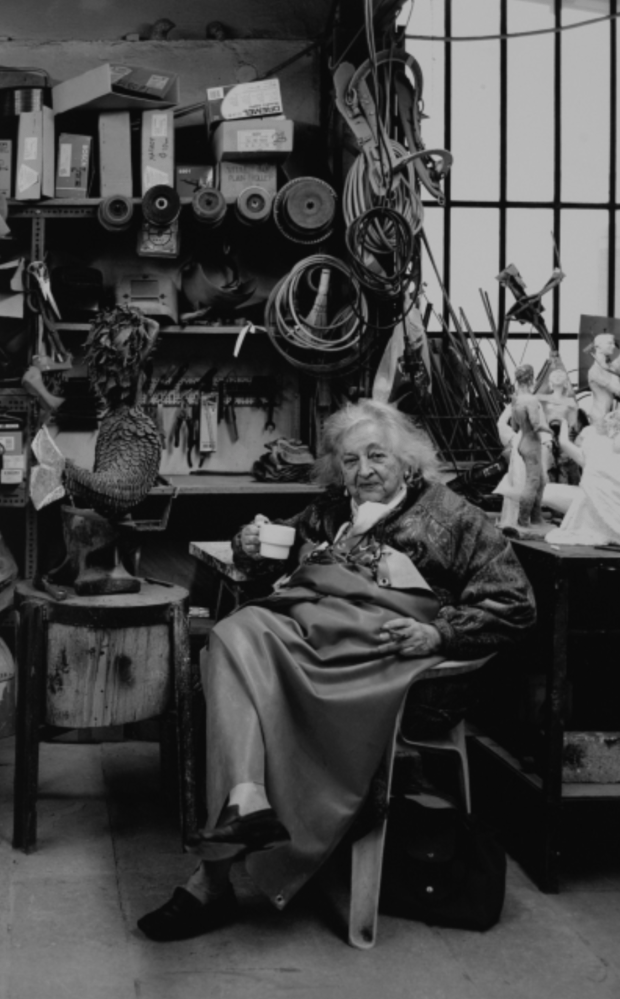 Nata in her studio

Her love for Spetses started when she and her husband built their holiday home on the island, in 1963. She has created 11 statues of animals that line the coast near the Spetses lighthouse, as well as the famous metallic mermaid, near the old harbor. 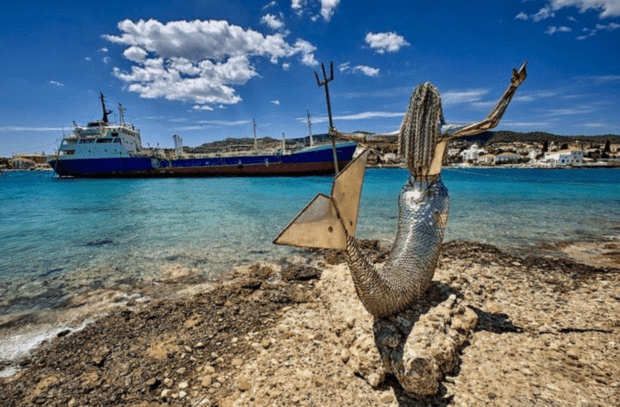