Dancing Zorbas, Happy Hookers, and the Aganaktismenoi: Gendered Myths and Realities of the Greek Economic Crisis in the Media 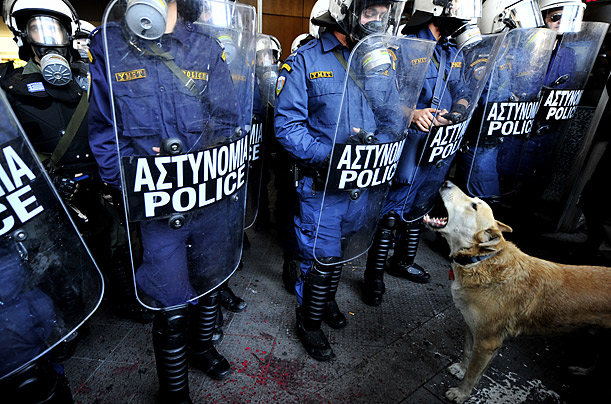 This essay focuses on the Greek economic crisis as a media event, and the myths and realities it has (re)produced. It investigates the role that the media plays in consolidating normative diasporic Greek-American identities as well as trafficking in Orientalist representations of “Greece” and “Greeks”, from a gendered perspective. My critique investigates: 1) how Greece’s image in the period leading up to the crisis promoted a seamless transition to the euro while masking the underlying structural inequalities which had disproportionate effects on women and ethnic minorities; 2)  the emergence of the Aganaktismenoi (“Greek Indignants”) protestors, who embrace diversity as one of the defining features of Hellenic identity and reject the hegemonic stereotypes disseminated by the international media which depict them as lazy and violent; 3) the origins of contemporary Orientalist stereotypes that re-emerged in news reporting, advertising, and tourism at the time of the crisis, by connecting them to the landmark films, Zorba the Greek and Never on Sunday; and 4) news reporting on the crisis which scapegoated immigrant sex workers with HIV/AIDS as a metaphor for “contagion” which threatened global economic stability. By considering the political economy under which these images are produced and consumed, I conclude that media hegemony limits Pan-Hellenic political solidarity and fragments the diaspora, and suggest that gender be considered as a fundamental axis in interpreting the crisis. Forthcoming in the book, Occupy the Screen: The Great Recession in Media (McFarland, 2018).